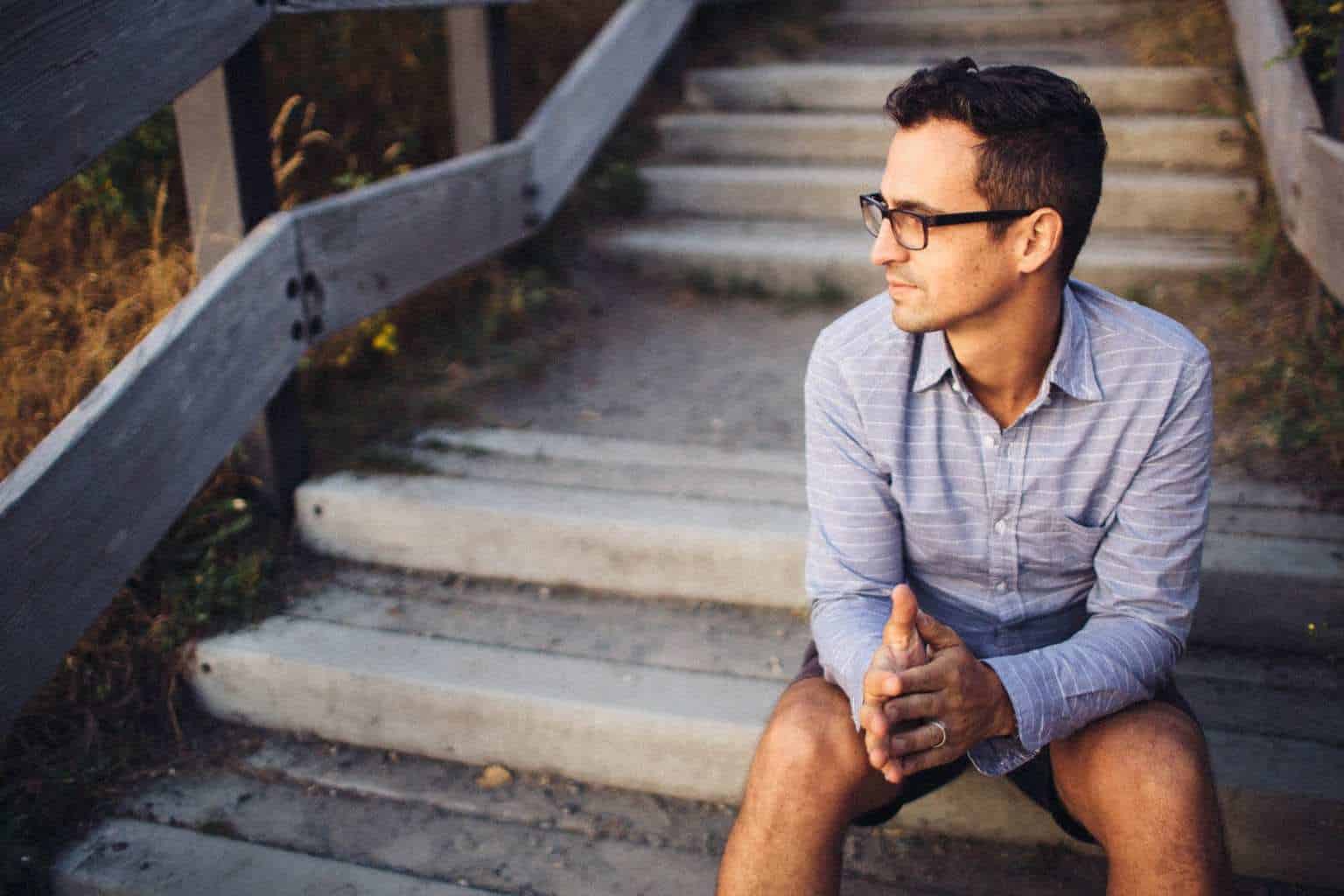 There are some things that I don’t want to write about, but they need to be written. This is one of them: I struggle with depression.

I don’t know when I first felt it. I think it’s always been with me, more or less.

In my younger years I would feel down and go hide somewhere private. I’d go to my room and cry — for no apparent reason. It expressed itself as being volatile sometimes.

In my high school and college years I would have moments where I would be overwhelmed with emotion. A small sadness or difficulty would trigger a flood of overwhelming feelings.

I didn’t have a name for it then. One of my closest friends in college had similar experiences from time to time. He called them “blue days”. That name was helpful, and got me closer to calling it what it was.

I always felt that the ups and downs were linked to each other. I knew that when I felt positive, I was really positive. My optimism would be irrepressible. I’ve always dreamed big dreams and found so much joy and energy in the possibilities of life.

But the downs are also dark and heavy.

That same friend in college told me that the father of a girl he had been seeing had advised his daughter to stay away from him. He said that she should find a guy that’s stable and not a visionary. “The dreamers will always be disappointed,” he said.

And yet it’s true.

The ups are up and the downs are down.

Years later I was in my first job after college. I was working hard to create something that mattered, but continually struggling with the difference between the work I was doing and criticism I was facing.

I was young and impressionable. The tension left me feeling broken— like I was the problem.

I started to crack under the pressure— having emotional breakdowns every week. The downs I felt got darker and a little harder to recover from every time.

I couldn’t go on. But I also didn’t know what else to do.

That phone call was also one of the single most important actions I’ve ever taken. It was in therapy that I first allowed myself to say that I was “depressed”.

It was the beginning of a new relationship with myself.

I’ve spent a lot of time in therapy since. And a lot of time writing and telling my stories. I’m healthier now than I ever have been, but I’d be lying if I were to tell you that I no longer struggle.

It’s like taking 5 steps forward and then taking 5 steps back. It doesn’t feel like “progress” or “healing” and it takes a very long time. But over time you realize that some of those steps back were the tiniest bit smaller than the forward steps— offering an imperceptible net gain.

And even that doesn’t feel accurate. I can’t tell you about making a “net gain” on depression, because I still feel it. It’s still with me — seven years after I made that phone call.

I suppose that’s what I want to say most about all of this. I’ve learned over the years that I have a relationship with depression. It’s not like a tumor you have and it gets removed. It’s a part of you—a part that doesn’t feel good to talk about, but is there whether or not you admit it.

These days I can sometimes go weeks without feeling it. Sometimes it can be even months. But it always seems to come back.

I like to hope that someday it won’t, but in the meantime I have learned to work with it and with myself in it. It doesn’t define me, yet it is a part of my life.

Being an entrepreneur with depression is difficult. So much of what I do is self-motivated, yet there are days when I’m not able to get much done. Some days I have to put the to-do list aside.

Some days, just getting through is enough.[Tweet this]

There’s such a taboo around depression. Even as I write this I know that it will be terrifying to ever let it see the light of day. I worry what you will think of me and if you will write me off in some way because I struggle. But I also know that there are some of you that need to hear this.

I went to a small college. There were only 1,500 of us. On spring break my senior year, we all left to pursue our plans. And we all came back except for one: his name was Clark. He took his life that week.

None of us saw it coming. I was his friend. We’d share meals often and always stop to talk when we saw each other in passing. He was charismatic and friendly. Everyone knew him.

But no one knew how much he struggled, and that’s the hardest part.

It’s been nearly 10 years and I am still mourning the loss.

I’m writing this for Clark: we all still miss you.

I’m writing this because today is World Suicide Prevention Day.

I’m writing this because men need to talk about it, in particular.

I’m writing this because entrepreneurs and other leaders and visionaries need to talk about it.

If you’ve known depression, you’re not alone. There are others who struggle with you.

Today is suicide prevention day. Whether or not you’ve known depression, would you share something about it with your social network? Share this article, or someone else’s. Share your story or that of someone you know. And use the hashtag #WSPD14.